Click on the icons for a description of the location.
Posted by Jason Halladay at 10:44 PM 4 comments: 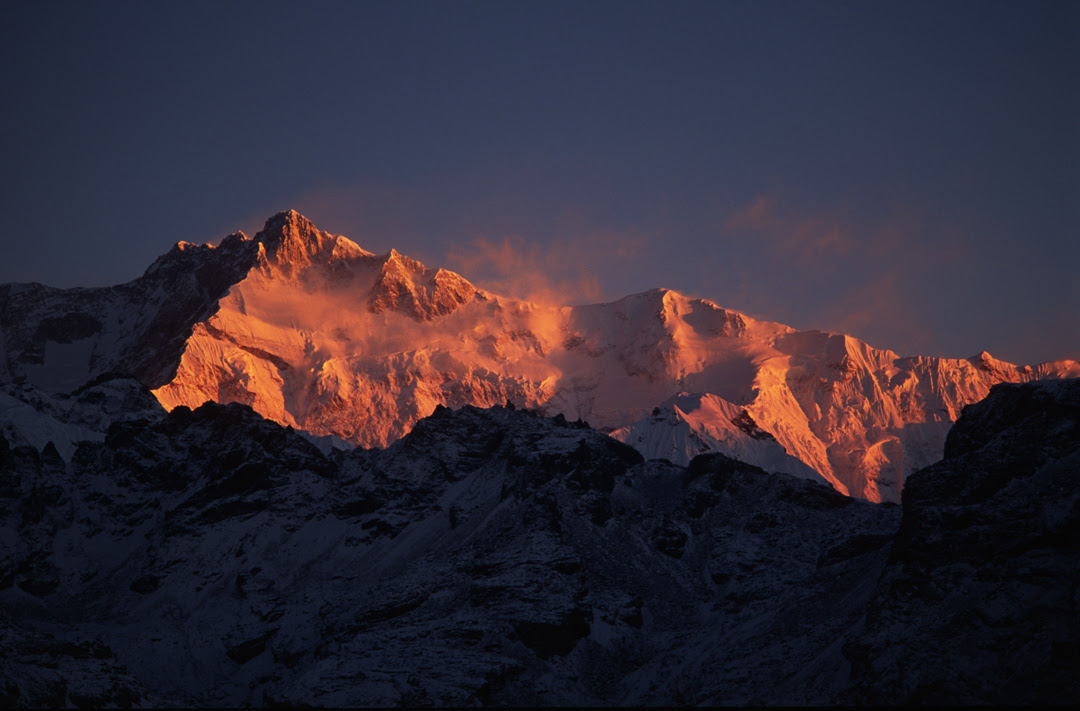 Sikkim Callllling was the subject line of one of the first e-mail messages we received from our Indian team expedition coordinator and member, Barap Namgyal Bhutia, of Sikkim Holidays in Gangtok, Sikkim, India. From all of our interactions with Barap via e-mail thus far, we're expecting quite a character and look forward to meeting him.
In late 2007 Sam and Sarah started scheming up a five-week expedition to Sikkim, India and asked me if I'd be able to join them. Climbing in the Himalaya has long been a desire of mine so I quickly moved on the opportunity and secured the time off from work (some vacation time, some leave without pay time) and committed to the trip. Rounding out our team of four is Josh.
So now were six days away from leaving and I wanted to give my friends and family some more information about our trip by posting it here on this blog and also hope Allison will be able to update this blog for us while we're out so anyone that is interested in our trip can just come here and check the latest post to hear about our progress. Also, I just signed up for a GrandCentral account so I might be able to post voice updates to the blog from the satellite phone. Technology just keeps blowing my mind even more. We'll see! But, in the meantime, here's some more information about our trip.

We depart from ABQ on March 1st, 2008 going through LAX, then Frankfurt and finally Delhi, India. We arrive in Delhi way early on March 3rd. We'll stay the night in Delhi that night and then fly to Bagdogra, West Bengal on March 4th assuming we aren't plagued by delayed/lost luggage on the flight from the US to Delhi. (That seems to happen on most of my previous expedition trips.) March 5th we'll take jeep transport to Gangtok and, I assume, do a bunch of shopping for food and supplies. March 6th we'll jeep transport to Yuksam where we'll be begin our trek into basecamp. It's a three (or so) day hike into basecamp in the Thansing valley.

Once at basecamp we should have roughly 20 days to explore and climb the peaks around the valley. Our main objective peak for the trip is Tinchenkang (6010m) but we also hope to take a look at Jopuno (5936m) and perhaps Frey Peak (5830m).

Around March 28th we'll hike out and hopefully spend some time in Darjeeling before going back to Delhi to spend a day or two before our flight back to the US on April 5th. We'll be back home on April 6th. Whew!!
Posted by Jason Halladay at 9:50 PM 6 comments:

I came here to put up something about my upcoming trip for a mountaineering expedition to India and realized it's been almost exactly a year since my first, and only blog post. That's pretty pathetic considering blogs were designed to be easy, timely and informative. None of which this blog is. Wow, a year! I've experienced and seen a lot of different places and things since my initial post here....
It'll be hard to top a year like that! I had so many wonderful times with friends and family and am so thankful for the life I've been able to lead. The loss of our friend Greg Bayhurst in 2007 was definitely a low-point but at the same time, it was a reminder that we should all live our lives to the fullest and enjoy this time we have on the beautiful and mesmerizing planet. And with that sentiment in mind, I'm reminded why I came back to post here on my blog...my upcoming trip to the Indian Himalayas...
Posted by Jason Halladay at 9:14 PM 1 comment: